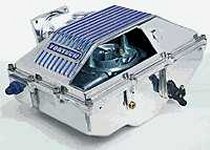 The first time we met Dominic, he had a vintage Paxton hat. We tested it against our prototype hat and picked up 35 HP. He said "it wasn't possible." No data was recorded that day.  The next time we saw his Mustang, he had spent nearly $1000 to "prove us wrong." He had set up with a Vortech Universal Carb Enclosure ($665), a special distributor to clear the enclosure, and replumbed his intake tube. Here are the results, all pulls were done with the correct Air/Fuel ratio. 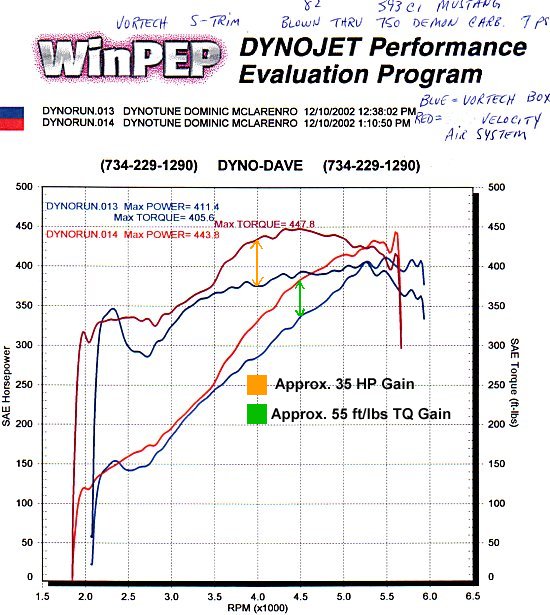 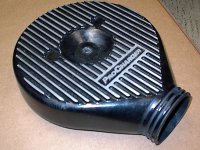 Well, Dominic is back again for another set of pulls. This time with 8.5:1 Compression hoping to add more timing and possibly more boost at a future date. His power is definitely up since last time we saw him.  Imagine this power through stock OEM Mustang Mufflers!  We attempted to talk him into a new set of mufflers but no way. He likes the way it sounds.  (We sure he'd do better with some aftermarket mufflers). Before we had finished, we swapped on an ATI 360 Bonnet and his power fell substantially. All pulls were done with the correct Air/Fuel ratio. 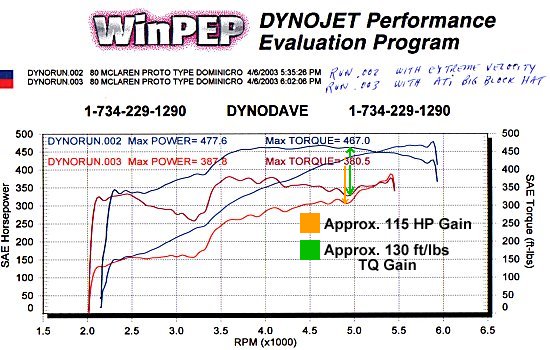